The Connection Between Music, Emotion, and Motivation 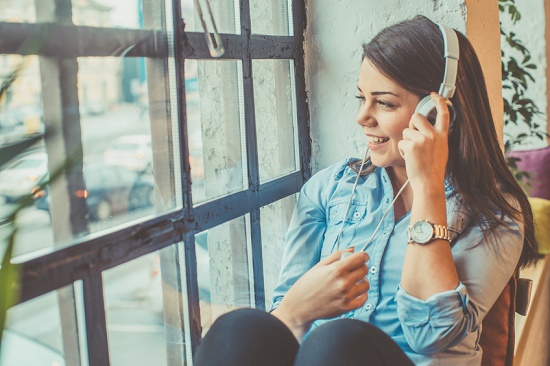 Without knowing you, it would be almost impossible for me to guess, due to the large number and variety of music styles. But it would be safe to assume that your favorite song most likely elicits a strong emotional reaction.

When people describe their favorite music, they regularly describe it as sometimes giving them “the chills.” You’ve probably observed this with your favorite music. But the fascinating part is that experiencing this feeling is not dependent on any one type of music.

Researchers at the Montreal Neurological Institute had participants bring in their favorite music. Although each participant expressed an intense emotional reaction, the music genres themselves ranged from classical to jazz to punk rock. With so much variety, what was responsible for this underlying emotional reaction?

The answer, as it so happens, is dopamine. Scientists at McGill University found a direct connection between the elation generated by music and the discharge of the neurotransmitter dopamine in the brain.

Dopamine is a chemical substance released in the brain that affects emotional regulation, pleasure, and rewards. As reported by Richard Depue, professor at Cornell University: “When our dopamine system is activated, we are more positive, excited and eager to go after goals or rewards, such as food, sex, money, education or professional achievements.”

So music is tied to dopamine, and dopamine to motivation, but the music itself is less significant than the psychological response it produces. This leads to some potent implications.

Let’s revisit your favorite song. Has it ever given you “the chills” or created a strong emotional response? If so, you’ve just discovered one of the best ways to release more dopamine into your system, which is a life hack for positivity and inspiration.

So what genre of music should you listen to achieve these positive emotional responses? The main insight from the above research is that it depends completely on your tastes. The music can be happy, sad, upbeat, slow, instrumental, classical, rock, or rap. The secret is taking inventory of the emotional responses you obtain from various songs and genres.

Once you know how you respond viscerally to particular songs, you can utilize those songs to arouse the sought after emotional reaction, producing the optimal emotional state for each scenario.

For example, if rock ‘n’ roll gets you pumped up and energized for a workout, you may want to listen to your favorite Metallica record while heading to the gym. On the other hand, if you’re looking to relax after a chaotic day at the office, perhaps the best of Beethoven is the approach to take.

And last, if you have hearing loss, consider that the latest hearing aid technology that can stream music wirelessly from portable devices directly to your hearing aids. This puts you in an exceptional position to make the most of this research.

Simply dial in your favorite music on your phone or portable device, deliver it wirelessly to your hearing aids, and let the dopamine start flowing.

By the way, what is your favorite song? And which songs or genres bring about strong reactions or particular moods for you?

The site information is for educational and informational purposes only and does not constitute medical advice. To receive personalized advice or treatment, schedule an appointment.

Questions?
Talk To Us.

We accept all major insurance, VA Vouchers, and workers compensation cases.
We also accept all Avesis products for hearing services which include Molina Medicare Advantage - Health 2023 and Care N' Care Hearing 2023. We also accept all donations of used hearing aids!
Why wait? You don't have to live with hearing loss. Call Us Today